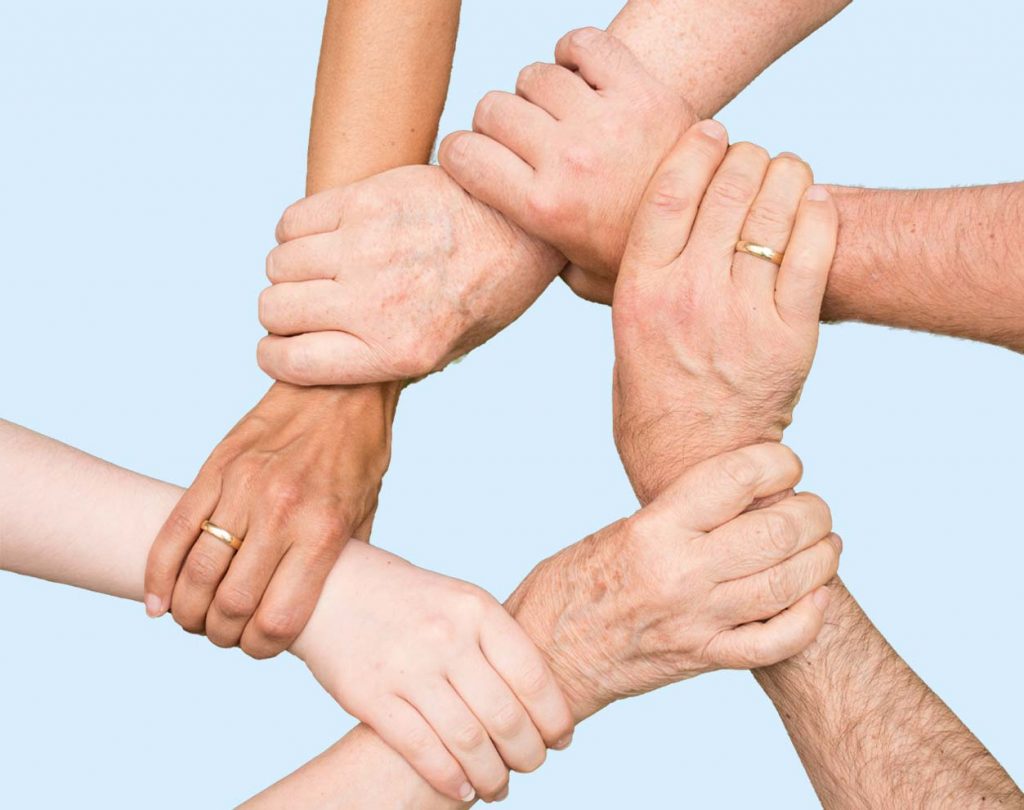 The concern of the “Merlin Foundation” follows the central idea that it is the task of a modern and progressive society to safeguard the common good by providing all people with the best possible medical care, regardless of a profit-dependent pharmaceutical industry or research focusing on more frequent diseases. Thus, patients affected by NF2 (neurofibromatosis type 2) should also have access to the medication and health facilities they need through a private initiative of the “Merlin Foundation”. The foundation promotes, supports and develops promising, innovative approaches towards combatting NF2 and secures successful treatment for those affected by NF2.

This goal is made clear in the name of the foundation, because “Merlin” is the abbreviation for a protein molecule that is present in many cells in the body, but mainly in nerve tissue. One of the functions of this molecule in humans is to suppress the formation of tumours (tumour suppressor protein). The name “Merlin” is an acronym for “Moesin-Ezrin-Radixin-Like Protein”. This simply means that the molecular chemical analyses have shown a similarity to the family of moesin-ezrin-radixin proteins. The NF2 gene on chromosome 22 codes for human Merlin.

This is to be carried out in cooperation with research and university institutes to provide specialised medical services.

With this objective, the foundation serves the common good by safeguarding and increasing the quality of medical practice, training and research as a concrete contribution to guaranteeing optimal medical care.

The foundation aims to promote medical research, science, education and information with regard to detection, treatment, prevention and elimination or reduction of the consequences of NF2 (neurofibromatosis type 2). We aim to promote the training of doctors and nursing staff involved in treating NF2 patients through the provision of specialist courses and thus introduction of new treatment. We believe that diagnosis, treatment and prevention should be focussed on patient care and advancing the battle against the disease. To this end the Merlin Foundation is fully engaged with the public health and care system. We act as a point of contact for all institutions working in the field of NF2 and those affected by the disease. The foundation is active internationally.

With regard to supporting other charitable institutions (acc.to § 2 No. 1, German law), which are active in the same field as the
Merlin Foundation’s goals, the foundation can provide funds for them (
acc. to § 58 No.1 AO, German law).

The goal of the foundation is achieved, for example, by:
Promoting measures to establish regional and international basic medical care that is as comprehensive as possible regarding neurofibromatosis

In order to fulfil the above-mentioned foundation purposes, the foundation can also carry out, support and promote projects which go beyond the individual examples.

Here you can find more information about the projects that have been initiated or are funded and supported by the foundation.

Neurofibromatosis type 2 (NF2) is a genetic disorder with an autosomal dominant inheritance pattern, i.e. offspring of those affected have a 50% chance of inheriting the disease. Nevertheless, it is one of the rare diseases. The patients affected develop various tumours of the central and peripheral nervous system. Bilateral vestibular schwannomas are typical. So far there is no causal therapy for this highly complex disease. Due to its rare occurrence meaningful clinical studies are made difficult. For this reason, the structured accumulation of high-quality data from as many patients as possible sourced from multiple specialised centres is imperative

At the Neurofibromatosis Centre in Erfurt we have created a digital database (NF registry) in which clinical data from neurofibromatosis patients can be collected and evaluated for research purposes. The database is based on the database already used at Sloan Keterring Memorial Hospital, New York, which was made available to us by Prof. Matthias Karajannis. The NF registry was created on the Castor EDC platform, which is accessible online and complies with the current EU data guidelines. The database can be extended to any number of study centres. A close collaboration with other neurofibromatosis centres such as Tübingen and Hamburg is planned.

In Erfurt we care for one of the largest groups of patients with neurofibromatosis type 2 in Germany. In retrospective studies, we have already been able to assess the growth behaviour of intracranial and spinal tumours over longer periods of time and draw conclusions from this for the course of the disease and the indicated length of the control intervals. In addition, the Neurofibromatosis Centre Erfurt is currently involved in several, partly multi-centre studies on the subject of neurofibromatosis type 2. We have already been able to include the first patients in the database and collect valuable data on the clinical condition of the patients, tumour size and other device-based findings.

With the database we have developed, it will be possible to analyse high-quality, comprehensive, prospective data of neurofibromatosis patients. In addition, the platform used enables the registry to be used jointly by different medical institutions across disciplines and sectors. This simplifies the complex treatment of patients significantly and makes it more efficient.

In order to keep this project alive, the Merlin Foundation supports the maintenance costs of the database, as well as the costs incurred for a research assistant who is to take care of the data maintenance and upkeep.

After a preparation period of almost two years together with the experienced Professor Dr. Olaf Werner, the foundation authorities and the tax office, legal aspects, tax requirements and financial matters of the foundation for the Merlin foundation have now been established.

Our board of directors are Prof. Steffen Rosahl, Prof. Helen Morrison and Ricardo Suter as well as a board of trustees (supervisory board consisting of seven people from the NF2 community which includes dedicated NF2 youngsters, their family members and a specialist doctor recruited from Professor Rosahl’s team

The key question for the formation of the foundation was in which form the Merlin Foundation should be established: either as an independent or dependent foundation.

We had thought for a long time about an independent form of foundation and weighed up the advantages and disadvantages. This form would have given us sole decision-making authority. However, since none of us have any experience with the running of foundations, to begin with, we still require the support of experts in this area of foundation business such as dealing with authorities and handling of tasks of the foundation.

We have therefore decided on a so-called dependent foundation under the patronage of the Ernst-Abbe Stiftung from Jena.

Our goal was to embark as a dependent foundation with as little foundation capital as possible. The tax office is responsible for the approval which was ultimately accepted. The capital that has already been generated through donations and events in the meantime can now be used directly for operational business and projects in accordance with the statutes.